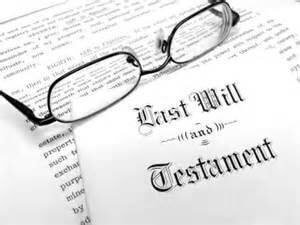 Convicted murderers like Charles Manson also leave behind estates when they pass away.  Most do not plan for how their estates should be handled, but Manson did.

It might seem strange to think that there is something everyone can learn from Charles Manson.  The man was the mastermind responsible for some of the most horrific murders imaginable.

One thing we can learn from his death is that everyone has an estate of some sort.

When people think about having an estate, they often think it is something only rich people have.  The implications are that people who are not wealthy do not need estate plans because they do not really have estates.

Manson knew he had an estate though and he made plans for it, as TMZ reports in "Charles Manson Will Surfaces Pen Pal Gets Everything."

While Manson was in prison, he developed a friendship with someone who the press is not identifying by name for privacy reasons.  The man and Manson became pen pals.  They even talked on the phone and the man visited Manson in prison.

This relationship prompted Manson to write a will in 2002, leaving the man everything he owns.  It specifically disinherits all of Manson's known family members.

There might actually be some value in Manson's estate,  since collectors might want some of his personal items and Manson wrote a few songs that he copyrighted.

The important thing is that if a convicted murderer like Manson has an estate and can make plans for it, then you have an estate too and should plan accordingly.

The best way to prevent your family from fighting over your estate is to let them know what to expect ...
Learn More