HOW MUCH TO SAVE FOR RETIREMENT?

People would like to know how much money they need to have in their accounts before they can consider retiring. That answer differs from person to person.

How much folks need to save for retirement depends on several different factors.  One crucial factor is what they plan to do during retirement.  People who plan to take a lot of vacations will likely need to have more money than those who are homebodies.

People often throw around $1 million as good retirement savings.  That is a nice round number and it seems like a lot of money to most people.

That might not be enough, according to the Financial Advisor in "How Far Does $1 Million Go In Retirement." 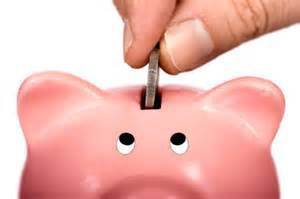 The average cost of living varies greatly between different states and often between different regions in the states themselves.  In Hawaii, $1 million would last about 12 years.  That same $1 million would last nearly twice as long in Alabama.  Those figures assume the money is sitting in a no-interest account and do not reflect any expected gains or losses on money which is still invested.

What does this mean for you?  As you approach retirement age and begin to make decisions about when you want your retirement to start, you need to think carefully about the amount of money you have, where you want to live, and how you want to live.

No one wants to go back to work when the elderly.  Make sure you’ve saved enough before retiring.