Hugh Hefner Was Not Broke 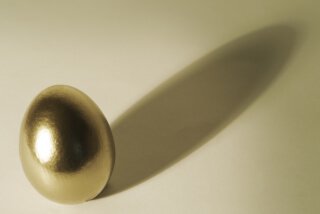 Since Hugh Hefner passed away, rumors have been circulating that he did not have much money left.  These rumors come from a misunderstanding about how Hefner held his wealth.

For the past few years, Playboy Magazine has seen its circulation decline.  To curb this slide, the magazine has tried format changes, but they had little effect.  This created speculation about the personal fortunes of the magazine's founder, Hugh Hefner.

Many people assumed he was struggling personally as well.  When he passed away recently, those rumors went into overdrive.

The rumors were fueled by revelations that his estate had very few assets and there was nothing for his many ex-wives to inherit.

However, Hefner's estate does not give an accurate picture of his overall wealth, as Wealth Advisor explained in "Hefner Timed Death to Launch Playboy Reboot for Modern Era."

Most of Hefner's assets were held in trusts.

In 1991, he transferred virtually everything he owned, including his shares in Playboy and the Playboy Mansion, into a trust.

He later created another trust to hold shares in Playboy that he purchased from other shareholders.

This arrangement would leave his estate with few assets, but he still controlled all of his assets through the trusts.

The terms of the larger trust gave him lifetime control of Playboy as editor of the magazine and an annual salary of $1 million. It is not clear who will control everything now, since the full details of the trusts are not publicly known.

What Hefner did is common for wealthy people.  By transferring assets to trusts, they can shrink the size of their estates and avoid the estate tax.