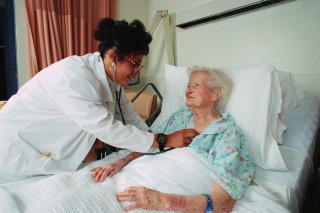 While Congress is currently debating possible deep cuts in Medicaid, many people are wondering what that might mean for them should they ever need long-term care in a nursing home.

Medicaid is the government program that provides health care to poor people.  The debate over Medicaid often focuses on how much is being spent on poor children and poor working-age people.  Often left out of the debate is that Medicaid also provides services to a great many elderly people.

In fact, the majority of people in nursing homes today have their care paid for by Medicaid.  With potential cuts possible in the future, Medicaid reductions have implications for people who are now nearing retirement age.

This is the subject of a New York Times article titled "How the Medicaid Debate Affects Long-Term Care Insurance Decisions."

Estimates are that approximately half of the people turning 65 today will eventually need nursing home care. Many of them can expect to need it for five years or more.

If Medicaid is not available to pay for that care in the future, then people need to make plans for how they will pay for their long-term care.

There are options such as self-funding available for those who can afford it, as well as long-term care insurance, which is very expensive.

If you have questions about your options for nursing home care in the future, consult with an elder law attorney about them.  The future of long-term care is still uncertain and the government might find alternative ways to pay for it.