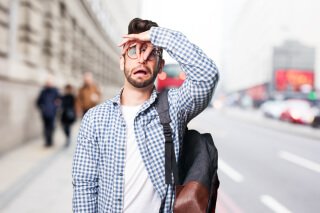 Many state governments have experienced budget shortfalls in recent years. That has led to the inability to properly inspect and regulate funeral homes.

In 2016 residents of one Flint, MI neighborhood began noticing an awful stench. They all knew where the smell was coming from.

It was a local funeral home that had run into problems with regulators before.

This time when inspectors responded to the complaints, they found 10 decomposing bodies stored in cardboard boxes stacked in the garage. One of the corpses had been there for six weeks.

Residents say their complaints about the funeral home go back several years.

This is not a completely isolated case as ABC News reports in "Funeral home horrors put the spotlight on spotty US regulation."

Funeral homes in many states have similar issues.

Some funeral directors feel the problem is that there is not a uniform standard for inspecting funeral homes.

Some states do not require inspections at all until a complaint is filed.

More inspections would help the problem since regulators would discover problems sooner. However, many state budgets do not allow for hiring the increased number of inspectors that would be required.

Most likely there will not be any issues with the funeral home you choose. However, be sure to do your homework and be certain that nothing seems off about it.