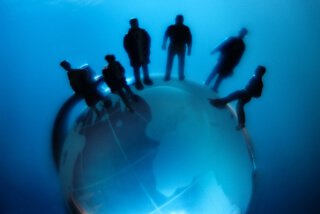 As the world becomes more globalized, courts are having to sort out sometimes messy conflicts between the estate laws of different cultures.  A recent example comes out of Switzerland.

More and more people today are interacting and marrying people from different countries and cultures. They also are choosing to hold their assets in nations where they do not live.  All of this can create problems when the laws of one nation conflict with the policies of another.

Recently, a court in Switzerland was asked to recognize a receipt of inheritance decision made by a court in Egypt under its version of Sharia law.

The estate was that of an Egyptian Muslim man who had married a German Christian woman under Egyptian and Sharia law, according to the Wills, Trusts & Estates Prof Blog in "Swiss Non-discrimination Principles May Prevent Recognition of Sharia-based Inheritance and Probate Documents in Switzerland."

Under Egyptian Sharia law, a woman can only receive an inheritance half the size of other heirs.  Non-Muslims cannot receive any inheritance at all.  The court in Switzerland decided this was in conflict with the Swiss public policy against discrimination and refused to recognize the decision of the Egyptian court.

This is an important decision for people who have assets in Switzerland.  However, it has broader implications.

Every country has its own policies and it is important to do your homework when planning your estate.   You need to understand what provisions in your plan might not be acceptable to courts in countries where you have assets.