WHEN A TRUST IS NOT A TRUST 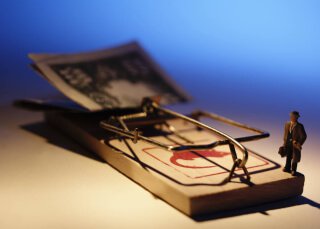 A court in London has determined that trusts created by a former Russian senator are not trusts.  This is because they were designed to be a sham to hide assets from creditors.

The name Sergey Pugachev probably does not ring a bell for most Americans.  In Russia, however, he is a household name for his alleged crimes.  Pugachev used to be an elected Russian senator who owned a large bank.  The bank was declared bankrupt in 2010 and an investigation was launched to determine if there had been any criminal activity.

Pugachev fled the country and was eventually accused of embezzling millions from the bank. He claimed, however, to have very few assets.  He even sued the Russian government in European courts demanding that he be compensated for billions of dollars in assets that Russia had allegedly taken from him.

A court in London has now looked into the matter of trusts that Pugachev created.  It has determined that the trusts were fraudulent and set up to hide the fact Pugachev still controls the assets he allegedly took from the bank.

This illustrates a key point in trust law, although the specifics are different in every jurisdiction.

Trusts designed to hide assets from known creditors, especially for criminal purposes, will not be allowed.  While a trust can be a great way to protect assets from future creditors, it is not something that can be used to avoid paying current debt.

A trust also will not protect assets obtained through criminal means.