When Life Insurance Does Not Go as Planned 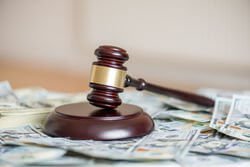 One of the primary benefits of life insurance is that it is supposed to pay out immediately after the insured passes away.  That can’t be done if it is not clear who the beneficiary should be.

Life insurance can be used in estate planning for several reasons.  One of the primary reasons it is often suggested is to provide beneficiaries with much needed cash while the rest of an estate gets settled. That does not always go smoothly, however, as a recent case involving MetLife illustrates.

In that case, a policy holder passed away and the insurance company filed a case in court requesting that the court determine to whom it should pay.  The decedent had originally named his wife as the beneficiary, but later switched beneficiaries and named his girlfriend.

The company was not sure what to do, since there was evidence that the decedent had been impaired by a stroke when he changed beneficiaries.

This case is reported in a BNA - Pension & Benefits Daily article titled "MetLife Stuck Between Wife and Girlfriend in Benefit Battle."

MetLife requested to be allowed to exit the lawsuit it filed, since it had deposited the policy funds with the court and had no stake in whether the proceeds were awarded to the wife or the girlfriend.

The court refused to allow MetLife out of the case because they did not follow their own policy, which is to only allow beneficiaries to be designated in writing.  When naming both the wife and later the girlfriend as beneficiaries, MetLife had allowed the decedent to do so by phone.

That means both the wife and the girlfriend – whichever one loses – has a potential counterclaim to make against MetLife for negligence.